For those who haven’t heard, my alma mater Ole Miss has a new mascot, a black bear.

A bear? In Mississippi?

Yes, or so they say. Biologists estimate the number of black bears in Mississippi at 50 (max). This, despite the high density of black bears a century ago — witness Teddy Roosevelt’s “saving” a black bear while hunting in Sharkey County.

The bear is also a reference to native son William Faulkner’s short story of that name — but Faulkner’s bear has a ferocious and growling personality when black bears tend to be shy and easily frightened. Great, just what Ole Miss needs — a scaredy-cat mascot.

The rest of the SEC must be trembling in their boots.

And personality is just one of the problems with this mascot “election” and “selection”. Here are some more:

The backlash against this change has already started (and only threatens to increase). A “Save Col. Reb” petition is out there, as is a “Save Col. Reb” Facebook page and a Colonel Reb Foundation. One alum has posted his plea on YouTube; a Col. Reb is My Mascot tribute video is available as well.

Count me in! Whatever it takes, we need to stand tough together to STOP this brick-by-brick eroding of our traditions. Without our nickname, our songs, our mascots, our flag, what’s to differentiate Ole Miss from any other public university in the nation?

Who’s the mascot for anyway? The students. And if the students are so solidly behind Col. Reb, so be it.

I don’t think any of us can count on the suggestion that, if the black bear fails to garner support, the Administration will have to reinstate Col. Reb. More likely, they’ll simply leave us mascot-less, the way we’ve been for too many years already.

But why should we force the students to fight this battle alone? Perhaps it’s time for alumni to join in — and, in this age of shrinking state funding, hitting the university in its wallet via a cutback on donations is the best way I know how.

So what do you think, Rebels? ARE YOU READY??? 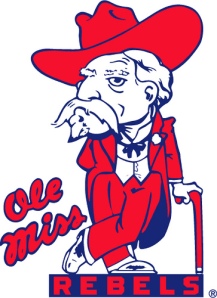