It’s been ages since we’ve had significant rain — the figure that sticks in my mind is less than an inch in the past 30 days, combined with temps in the 90s. We’re not as bad off as Texas and Oklahoma, but a drought is a drought.

Just this week the national Drought Monitor upgraded most of Illinois (except the Chicago area) from “moderate” to “severe” drought status. 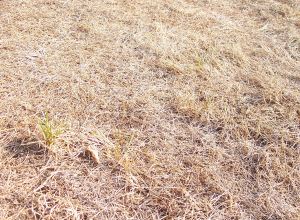 Some cities have taken to voluntary or mandatory conservation. Stream and lake levels are low, crops are beginning to suffer. The rains that flirt with our area seem to fizzle or produce just a few drops before moving on.

So our weeds are showing up in the most unlikely of places. 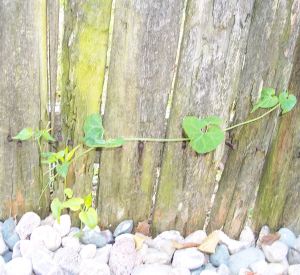 in between landscaping rocks:

and even in the streets:

The weather casters keep promising us rain. They can promise all they want; they don’t control the weather. But it could be worse — too much rain, in the form of hurricanes, is just as devastating as too little.

Meanwhile, the weeds don’t seem to care. They’re invincible, tenacious, and ever-present. As Dave Barry has said: Crabgrass can grow on bowling balls in airless rooms, and there is no known way to kill it that does not involve nuclear weapons.

Are you being a persistent weed today?