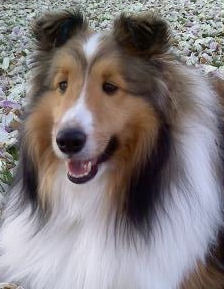 Mama hasn’t touched her blog in nearly two weeks, so I’m pitch-hitting for her.

Even though I’m kinda mad with her.

You see, she left me at the kennel while she and Grandma went to The Kid’s big hoop-de-doo. You know him as Domer, but to me, he’s The Kid.

And we’ve been together a long time — six years, in fact.

When Mama first brought me home, The Kid was a little guy. Fifteen, I think. And he was scared of doggins.

Because we have toofies. And can stand on our back legs to jump on people.

But Mama quickly taught me not to bite — not even in play — and not to jump.

Truth be told, I didn’t particularly like jumping anyway. I’m a herding dog, not a circus monkey!

So it was only right for Mama to take me to see The Kid graduate.

I’d have been good. Honest.

I could’ve stayed in the motel. I wouldn’t “go” on the rug or bite the housekeeping staff or howl long and loud.

I wouldn’t have been any trouble at all.

But they stuck me in the kennel. I’ve been there before, though never for this long. And they say dogs can’t tell time — huh!

The kennel’s nice, all things considered. There’s other dogs and cats around, they feed me the same stuff Mama does, and they even take me for walks.

But I wanted to be with my family.

Mama’s back now. So’s Grandma and The Kid.

They surely don’t expect me to believe it took this long for him to graduate. I don’t know for certain, but I think another trip was squeezed in there somewhere.

To a place called “abroad.”

I don’t know what that was about, but I’ll tell Mama to blog it for you, okay?