If there’s a book you really want to read, but it hasn’t been written yet, then you must write it. ~Toni Morrison, Pulitzer Prize-winning American novelist 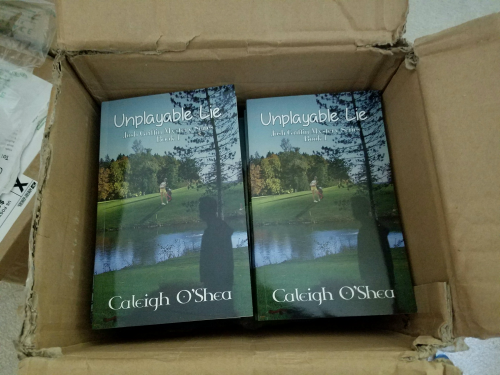 I’ve always been an avid reader, everything from cereal boxes to encyclopedias, and I had a library card from a very young age.

But it wasn’t until I started reading a Danielle Steele novel that I got serious about writing one of my own.

In fury, I tossed the book aside, certain I could do better!

Little did I realize how hard that would be.

First off, I’m a Cradle Catholic and was discouraged from telling tall tales, even if they made for a good story.

Second, I was trained as a journalist. Someone who quoted sources, dug out facts, and prided herself on being fair and accurate.

But the lure of a blank screen and an idea that wouldn’t die kept me plodding forward. Despite false starts, dead ends, frustration with characters who wanted to go their own way, and even computer crashes, eventually I was able to tie up the loose strings and type The End.

I could have left it as it was, unpublished. The novelty of seeing my name in print had dimmed, and I didn’t need to prove to anybody but me that I could write an entire novel.

Yet friends and family encouraged me to send it out into the world. To let others read it, and I hope, enjoy it.

Recently, the postman arrived with several heavy boxes in tow.

“You taking up publishing?” he asked with a grin.

“Oh my golly, those are my books!” I hollered.

Trust me, there’s not a better feeling in the world than holding in your hands the published copy of a book you’ve labored over, knowing it’s a story only you could tell.

So have I found any editing errors in the printed version? You bet, but I’m not saying where they are!