Son, you outgrew my lap, but never my heart.  ~Author Unknown

My son (AKA Domer) made his way downtown this weekend to visit friends, and one of their destinations was the annual dyeing of the Chicago River emerald green for St. Paddy’s Day.

Now the dyeing of the river is a tradition more than 50 years old. I’ve wanted to see it for ages, and one day I will, but for now, I prevailed upon Best Son Ever to capture it in photos so I could share it with y’all here.

The process began at 9 o’clock Saturday when the Chicago Journeymen Plumbers — laden with about 40 pounds of ORANGE powder — took to the Chicago River via boat. As they sifted the top-secret formula into the murky water, a leprechaun magically turned the river Kelly green, the color of the Emerald Isle: 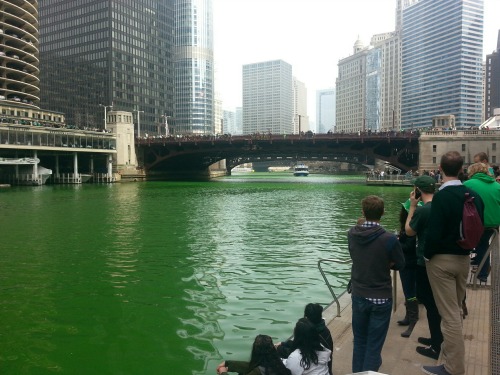 Here’s another view (and when I asked Domer what this guy had to do with it, he replied, ‘Nothing. He’s just a dude with his dog on a board!’): 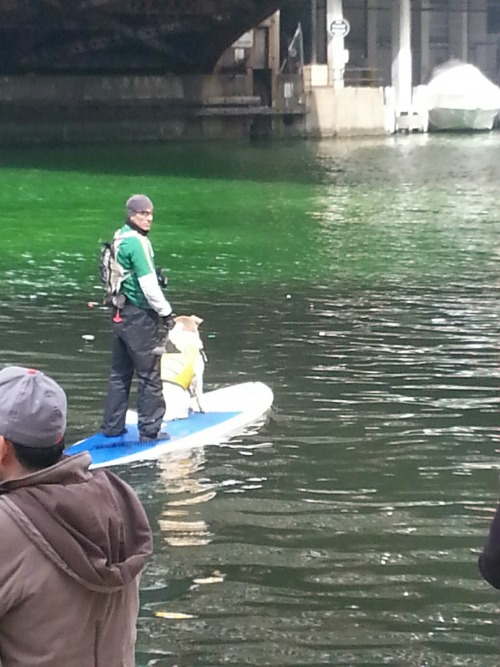 Several hours after the dyeing of the River, the annual St. Patrick’s Day Parade kicked off, featuring a huge contingent of politicians (and wannabes, since Tuesday is primary voting day), Irish step dancers, bagpipes, and more green and shamrocks than you could shake a stick at.

Domer et. al. didn’t make it to the parade. He said it was too far out of the way (and officials were advising “tourists” not to even try driving to the location because there wouldn’t be parking). So for anyone wanting to see pictures that Domer didn’t get, here’s a link.

Back to Domer’s shots of the green river: 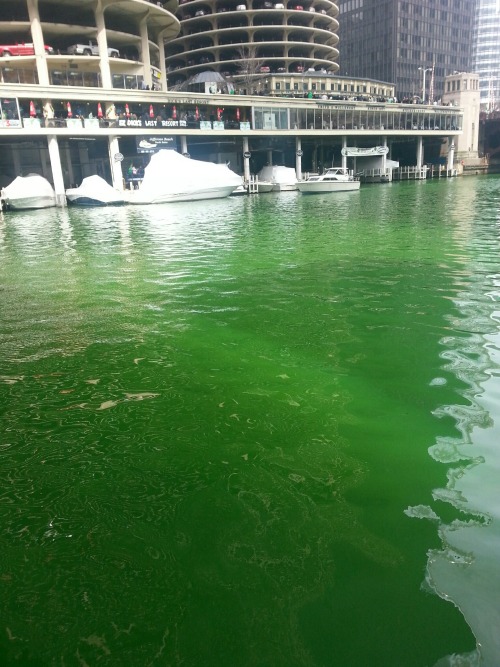 Did you know 33 million Americans claim Irish heritage? That’s more than 7 times the population of Ireland!

And Irish is this nation’s second most reported ancestry, behind German.

One more of Domer’s photos. He said this one might be his favorite (I have no clue why!): 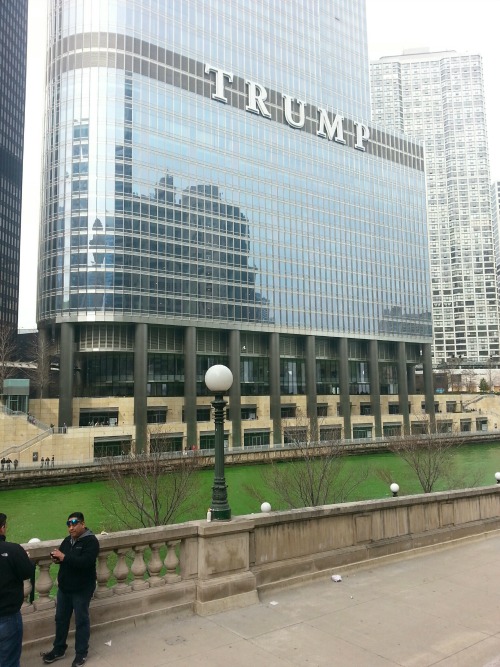 40 thoughts on “An Easy, Green Feeling”