A hard silicate mineral formed in the cavities of igneous rocks, Topaz is a gemstone that typically presents itself as colorless, yellow, or brown.

While found throughout the world, Topaz in gem-quality form usually comes from Brazil or Sri Lanka. In the U.S., Topaz is the state gemstone of Utah.

Natural topaz, compliments of the Natural History Museum of Utah

END_OF_DOCUMENT_TOKEN_TO_BE_REPLACED

The earliest diamonds were found in the 4th century B.C. in India.

The contrast of uncut diamonds with the polished, cut version in the lower right corner is striking (photo thanks to www.gia.edu (the Gemological Institute of America)

END_OF_DOCUMENT_TOKEN_TO_BE_REPLACED

A variety of polished Agates (courtesy of http://www.geology.com)

First found in a river in Sicily between the 4th and 3rd centuries BC, Agate is a banded Chalcedony, a mineral of the Quartz family. Known as the “earth rainbow,” it’s found throughout the world, and there are perhaps thousands of types, typically appearing in stripes, “eye” markings, colored specks, fossilized inclusions, or no color at all.

Ancient Islamic and Babylonian peoples thought Agate could ward off evil. Long ago Egyptians and Persians prized it as protection against natural disasters. Ancient Chinese expected it to cleanse their minds, making room for good fortune. Medieval peoples tied it to the horns of oxen to bring about a plentiful harvest. It’s believed to be the middle stone in the third row in the breastplate of the High Priest in early Israel.

Agate is a translucent, semi-precious stone whose color is caused by embedded minerals, typically iron oxides and hydroxides. A seven on the Mohs scale of hardness (ranging from 1-10), Agate is a relatively inexpensive gemstone which, when cut and polished, becomes cabochons, beads, cameos, statuary, knife handles, and other ornaments. Children’s marbles — “aggies” — once were made from polished agate.

Chinese Rain Flower Agates — thanks to http://www.agatelady.com for this photo

The zodiac stone for Gemini (May 22-June 21) and the mystical birthstone for September, Agate’s Chakra healing energy depends upon the color of the stone. For example, Blue Lace Agate clears the throat Chakra; Fire Agate stimulates the base Chakra; green Agate is beneficial for the heart Chakra. Likewise, Feng Shui experts believe the different varieties of Agate resonate to different purposes.

Clean your Agate with warm soapy water and a soft brush. Avoid exposure to heat and harsh chemicals.

The only common mineral with perfect cleavage in four directions is Fluorite, also called fluorspar. 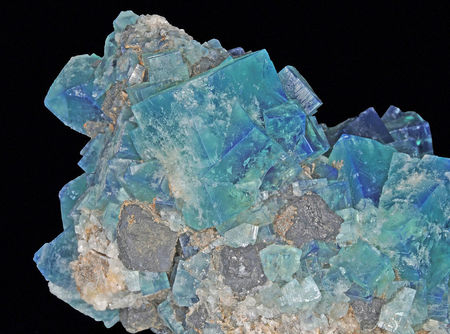 END_OF_DOCUMENT_TOKEN_TO_BE_REPLACED

The traditional birthstone for March is the beautiful Aquamarine, a transparent bluish member of the beryl family.

Thanks to healingcrystals.com for this photo of an uncut chunk of Aquamarine

From the Latin for “water of the sea,” Aquamarine once was valued as a green stone; today, it’s traditionally heated to bring out the blue hues the public demands.

END_OF_DOCUMENT_TOKEN_TO_BE_REPLACED

Most of us think of Garnet as being a blood-red gemstone that’s the birthstone for January.

But did you know Garnet comes in lots of colors, ranging from pinks and purples, to oranges, browns, and vibrant greens? I didn’t either.

Orange, yellow, red, green, and purple African Garnets. Thanks to http://www.geology.com for this photo.

END_OF_DOCUMENT_TOKEN_TO_BE_REPLACED

Composed of one part silicon and two parts oxygen (silicon dioxide), Clear Quartz (from the Greek “krystallos,” or “ice”) was once thought to be made from water frozen too hard to ever melt. 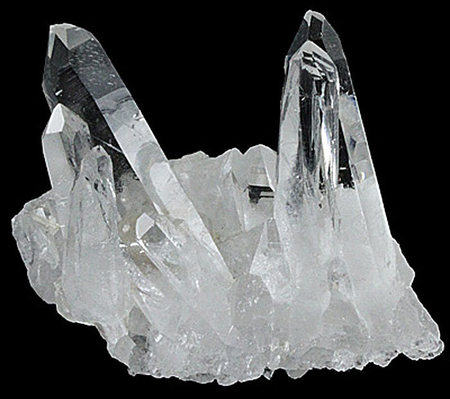 Quartz cluster, thanks to http://www.soulfulcrystals.co.uk

END_OF_DOCUMENT_TOKEN_TO_BE_REPLACED

"I would advise anyone who aspires to a writing career that before developing his talent he would be wise to develop a thick hide." -- Harper Lee
%d bloggers like this: