People get so in the habit of worry that if you save them from drowning and put them on a bank to dry in the sun with hot chocolate and muffins they wonder whether they are not taking cold. ~John Jay Chapman, American author 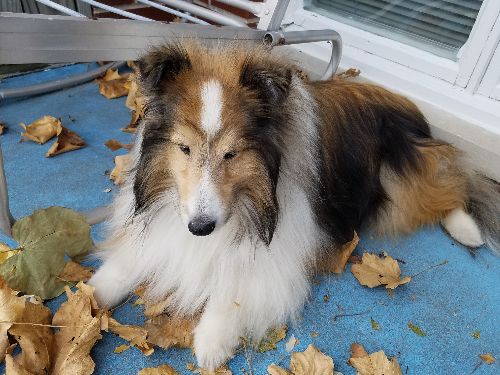 How does she manage to catch me mid-snooze??

END_OF_DOCUMENT_TOKEN_TO_BE_REPLACED

On edge.
Alert.
Waiting for
The other shoe to drop.
We tiptoe through Life
Like rabbits.
Afraid
Of what hides in the dark
Or what’s right before us.
Saturated with bad news —
Stormy weather,
Senseless shootings,
Poverty, and disease.
Who put us in charge?
Much remains outside
Our control.
We do the best we can
With what we can
For as long as we can
And leave the rest
To a Higher Power.
Trembling but trusting
Like the rabbits do.

Have you ever noticed that most of the things we worry about and stress over don’t ever happen?

Take this past couple of weeks, for instance. I’ve been (at times) a bit frantic trying to figure out how I’m going to get all of My Favorite Domer’s STUFF back home from Notre Dame for the summer.

Besides clothing, his video game system, sports equipment, souvenirs, books, etc., he’d purchased this beast of a refrigerator along with a huge rug for his dorm room, and it was these last two items that were giving me sleepless nights.

We’d hauled him to South Bend in one car. Loaded to the gills, of course, but looking no worse than any of his fellow students.

So how was I going to get him home with more stuff??

Remember, he doesn’t have a car as a First-Year, and no way can I drive two cars at once!

So I checked into U-Haul rentals. Not too expensive, but I’ve never driven a car with a trailer attached and was leery about starting now.

I checked into renting an SUV. Way more expensive than I was willing tackle!

I called the Registrar’s Office and learned that some of the dorms actually store big items for the kids, then return them at the beginning of a new school term. Cool. Too bad MFD’s dorm wasn’t on that list.

I was about ready to suggest the kid sell his precious beastly fridge and rug. Shoot, somebody would probably grab them up in a heartbeat!

Then I remembered he wanted that stuff for next year, and we’d have to re-shell out the money for new ones. Yuck.

Before I could despair, he texted me and said he’d found some students who already rented storage units for the summer and he was going in with them.

Guess that’s why my grandmother always used to say, “Worry’s a sin. It shows you’re not trusting God.”